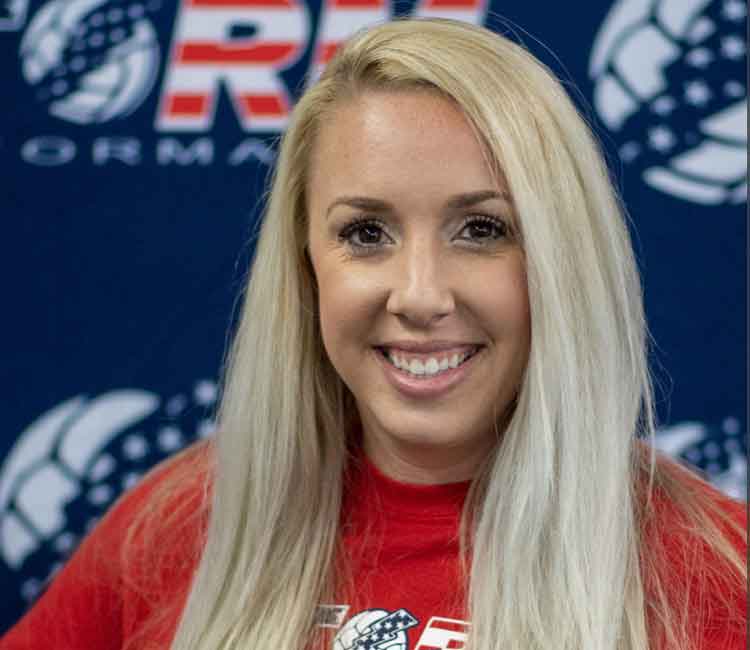 Jamie is originally from Friendswood, Texas. In high school volleyball she played in the state tournament 3 times as well as competed in the Jr. Olympics with her club team 3 times.

She started her high school coaching career in Ingleside as the head coach from 2008-2012. During her time there, the volleyball program made the playoffs 4 out of the 5 years.

In 2013 she took over as Head Volleyball Coach at Tuloso-Midway High School. As Head Coach for TM she has led the volleyball program to back to back undefeated district titles (38-0 in district play the last two years). She led the Cherokee’s to two Regional Volleyball Tournament and two State Final Four appearances back to back in 2016 & 2017. She was awarded District 30-5A Coach of the Year in 2015 and 2016. Under her coaching TM won it’s first district volleyball championship, as well as made it’s first appearances in the Regional Tournament and State Final Four for the first time in school history. In four short years she amassed a record of 135 wins with only 44 loses.

She has coached club volleyball since 2005 on the state and national level seeing multiple players grow to have the same passion for the game as she does.

She is a graduate of Texas A&M University – Corpus Christi where she obtained a degree in Kinesiology. She leads various volleyball camps throughout the Coastal Bend area each summer.

Coach Gill has been an integral part of Storm in coaching several ages of teams and helping lead as one of our coaching coordinators.