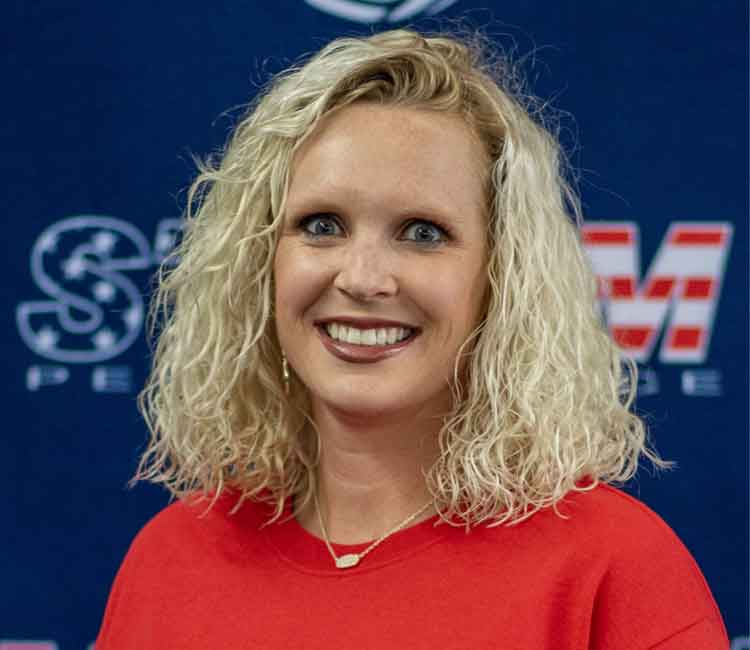 Coach Adrian Smith started her high school coaching career at Bangs High School (2A) as the head coach from 2006-2008. During her time there, the volleyball program made the playoffs both years. She then had the opportunity to serve as 1st assistant coach from 2008-2011 for a high caliber volleyball program under the leadership of Coach Floyd Rogers {retired) at Cleburne High School (5A) where they made deep playoff runs every year. From there she went on to serve has the head coach for New Caney High School (5A) where she meet her husband, Andy Smith, who is an Offensive Coordinator in the sport of football at the high school level.

Coach Smith and her husband then traveled to East Texas to Henderson High School (3A), where she served as the girl’s athletic coordinator. During her time there every girls sport placed in district and competed through the playoffs.

Coach Adrian Smith is a graduate of Tarleton State University in Stephenville, where she played volleyball. She and her husband, Coach Andy Smith, have been married for 6 years and are the proud pet parents of 2 beautiful English Bulldogs Watson (4) and Winnie (3).

We are excited to have Coach Smith coaching for Storm since our 2019-20 season as she has coached our 15’s and 16’s Red teams.