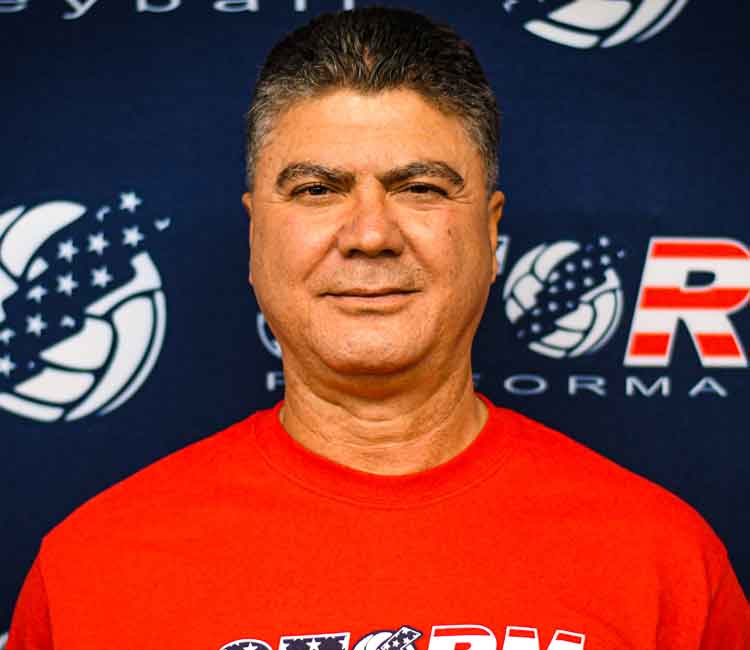 A native of Puerto Rico, Coach Velázquez graduated in 1986 from the University of Puerto Rico with a Bachelor of Science Degree. Upon completing his education, he joined the Naval Service and retired in 2007.

As a young man, Coach Velázquez discovered one of his passions… volleyball. While in the military, he continued to play and coach in Captain’s Cup competitions at numerous sites in the United States and around the world.

In 2005, he received orders to report to Naval Air Station Corpus Christi. Since then, he has had the privilege to coach various age groups for several of the local clubs.

Besides being a coach, he is President of the Corpus Christi TASO Volleyball Chapter, a certified TASO Official and USAV Lone Star Regional Official. He is also a Certified Line Judge for the Southland Conference as well as the Lone Star Conference. Additionally, he has participated in the USA Volleyball Coaching Accreditation Program (USAV-CAP).

When not coaching or officiating, he is a Flight Simulator Instructor for Student Military Aviators. He is also a Civil Air Patrol volunteer.

He is the proud father of three beautiful daughters: Francesca, Carmen and Angélica

Coach Velázquez took the reins as the Head Coach of Storms 18’s team in 2016-17 season and also helped Storm’s 11’s team finish its season. Since then he has helped coach several ages as he brings a wealth of knowledge and passion for the sport. We at Storm are extremely excited to have him as part of our family and successful volleyball tradition.