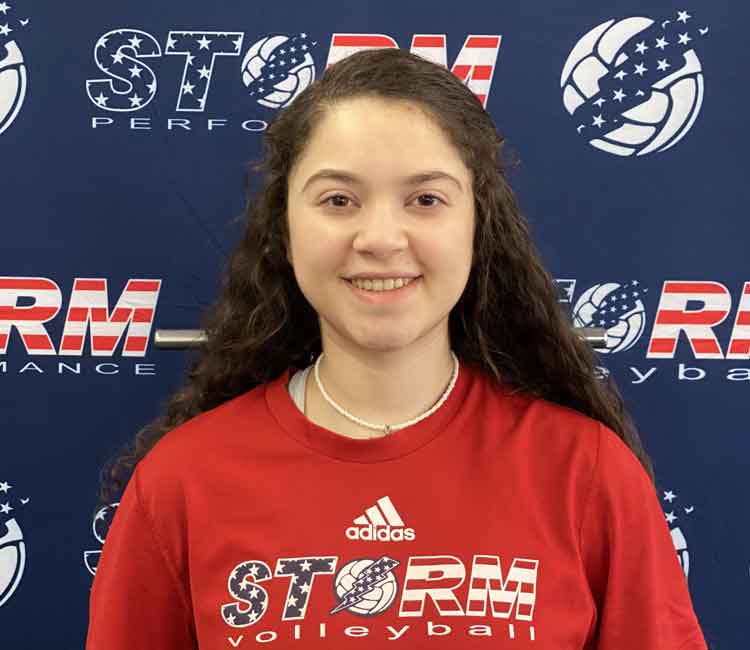 Angélica (Angie) María Velázquez Pérez was born in Honolulu, Hawaii and is the youngest
daughter of René Velázquez. Because of her father serving in the military, she lived in many
places, such as Naval Station Roosevelt Roads, Puerto Rico, Jacksonville, Florida, and now
Corpus Christi, Texas. Due to the sport’s popularity in her parents native Puerto Rico and
household, Angie was introduced to volleyball at the early age of 5. By the age of 8, she started
playing competitively for various leagues and clubs in the Coastal Bend area.

Growing up, Angie was a setter and captain for her school and club teams and had numerous
accomplishments. Until graduating in 2017, she was on varsity all four years at Flour Bluff High
School, a captain her senior year, and received multiple awards, such as First/Second Team All-
District and Academic All-District/State. In addition, Angie played in several club tournaments
in Texas, Las Vegas, Nevada, and San Juan, Puerto Rico.

Angie finished her club play at Storm, where she was coached by her father on our 18’s team.
She then transitioned her play and knowledge of the sport into coaching and officiating. She
interned as an assistant coach for the 2017-18 and 2018-19 seasons and was the head coach for
the 12’s Select team for the 2019-20 season at Storm. In addition, Angie became a certified
TASO and USAV official.